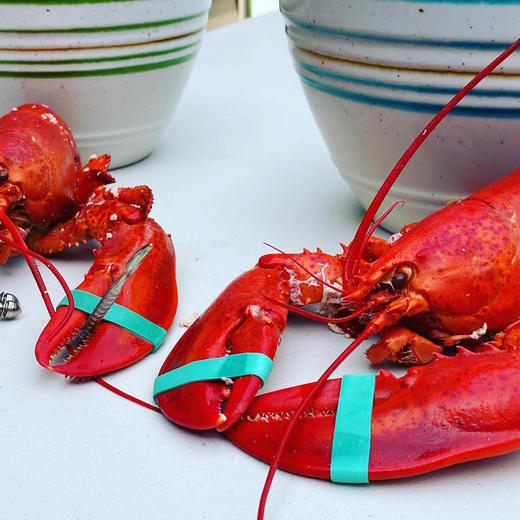 Add the shells, the wine and 6 cups of the reserved lobster broth to a boil. Reduce the heat to low and simmer 20 minutes. Strain through a fine mesh strainer and reserve.

Melt the butter in a soup pot over medium low heat. Add onions and cook, stirring occasionally, until soft, 10 minutes. Add half of the corn, the roasted peppers, tomatoes and the lobster broth and simmer for 20 minutes. Puree in a blender at high speed until very smooth. Strain through a fine sieve into a clean pan. Add the cream, lobster meat, reserved corn and the potatoes. Season with salt and pepper. Simmer until hot and the corn is tender 3 to 4 minutes.