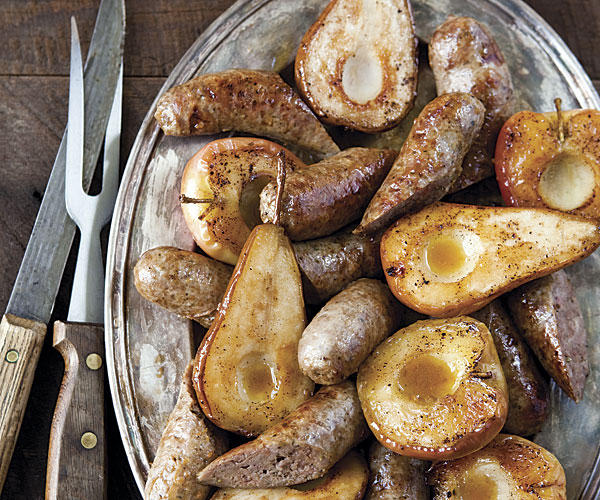 Preparing this dish will fill your home with the most intoxicating aroma ever!

To serve, cut each sausage in half on the diagonal. Place 3 pieces of sausage and half of a pear and apple on each plate. Drizzle with the pan juices and serve immediately.