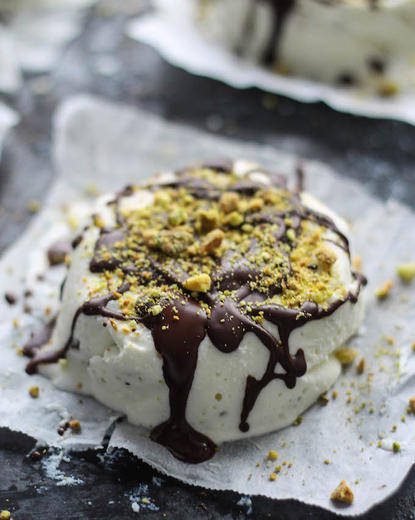 In an electric mixer, beat the egg yolks with ½ cup of the sugar until the mixture is a stiff ribbon.  In another bowl, with a clean beater, beat the egg whites until soft peaks are formed. Add the remaining ½ cup sugar and continue to whisk until stiff peaks are formed.  Finally, beat the heavy cream in a third bowl until stiff peaks form. Gently fold the egg yolk mixture into the egg whites.  Fold in the heavy cream.

To serve, invert the pan onto a platter.  Remove the plastic wrap.  Cut into thick slices and serve with Chocolate Sauce if desired.